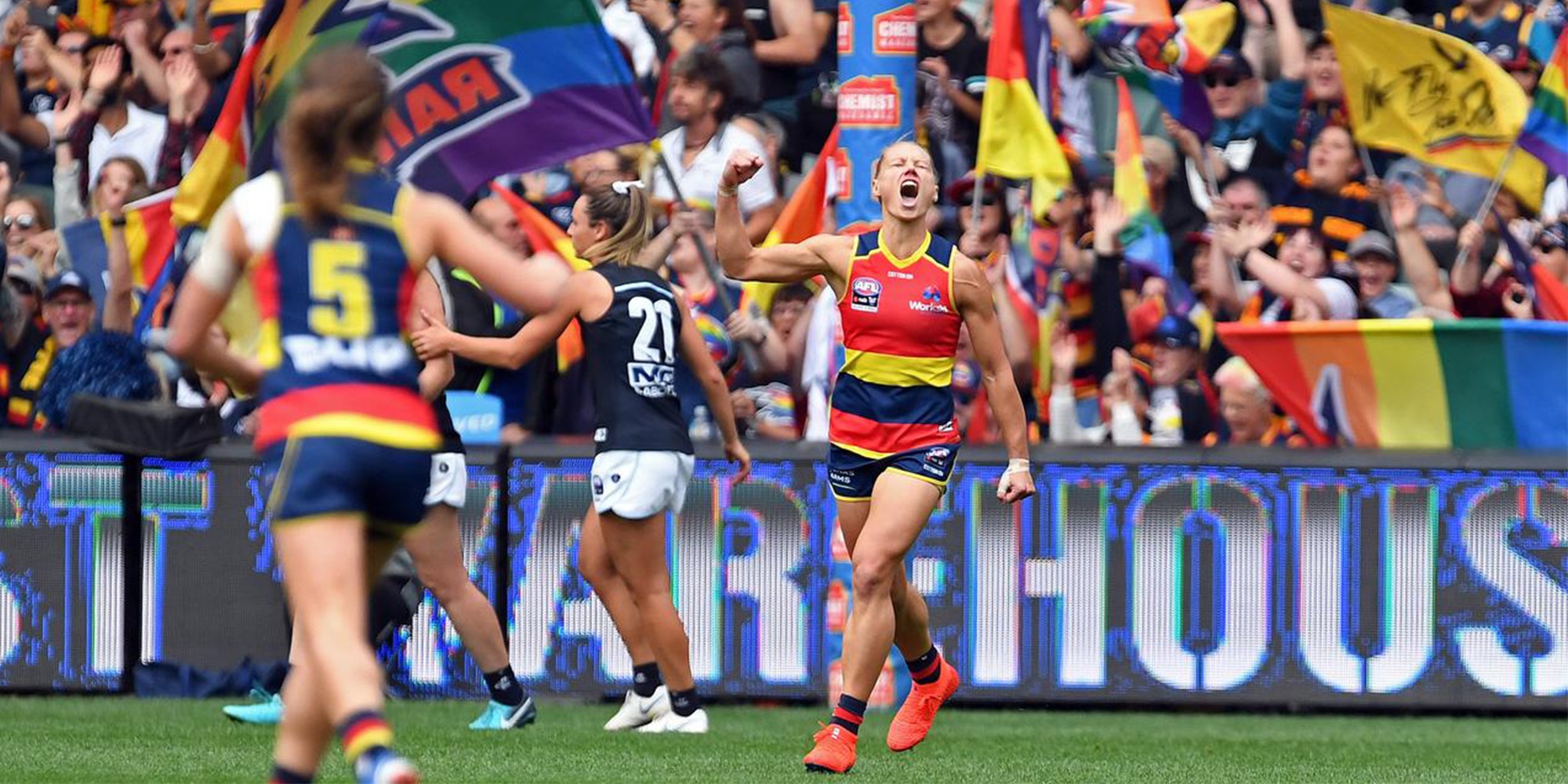 2021 AFLW Grand Final Bible. Where's the game? Who is playing? Where to watch

Well, it has certainly been a long time between drinks. It will have been 748 days (to be precise) since the last AFLW Grand Final since back in 2019 at Adelaide Oval. That day saw the Crows dominate a disappointing Carlton outfit in front of a record-breaking crowd of over 53,000 fans to win their second premiership in three years.

A lot has changed since the last AFLW Grand Final. The Crows went on to have a disappointing 2020 campaign, finishing the season with only two wins from six games, before the season was ultimately shut down due to COVID-19. The abrupt end to last year's season meant that the four remaining teams missed out on the opportunity to take home the fourth AFLW premiership and the league set its sights on the 2021 season.

After the disappointment of 2020, this season has been a barnstorming one for the Crows. They finished the home and away season on top of the ladder, with seven wins from nine games. They were joined by three additional teams with a record of 7-2 (Melbourne, Collingwood and Brisbane). In last weeks Preliminary Finals the Crows had a comfortable 18 point win over Melbourne and Brisbane just snuck past Collingwood by four points.

Want to know how we went with our predictions for the season? Check out our 2021 season guide here. Hint: We nailed a couple, but we were way off on who would be delisted at season's end.

So here we are, after almost 750 days, we're back and ready to crown an AFL Women's premier. It's the Lions taking on the Crows at Adelaide Oval this Saturday.

Both of these teams have been two of the most dominant all season, in fact, they've been arguably the most dominant since the competition began in 2017. Both teams squared off in the Grand Final in the inaugural year, with the Crows taking home the choccies by a goal, handing Brisbane their first loss of the year in the process. The following year (2018), Brisbane were once again there on the final day but were once again beaten by a point.

What about this year? Well, when the Crows flew up north to Brisbane in round four, they beat them by 12 points. So history would suggest that the Crows have the edge in this one. Having said that, there are certainly some interesting factors to consider in this one. Let's start with lineups. The Crows are going to head into the Grand Final without their star captain Chelsea Randall for this one after she suffered a concussion in the Preliminary Final. Randall, a two-time winner of the AFLW Most Courageous award, is arguably the Crows most important player. This is evidenced by the Crows 2020 season where Randall missed the year with a knee injury and the Crows finished the season 2-4. Brisbane, on the other hand, will likely go into the contest with an unchanged lineup. 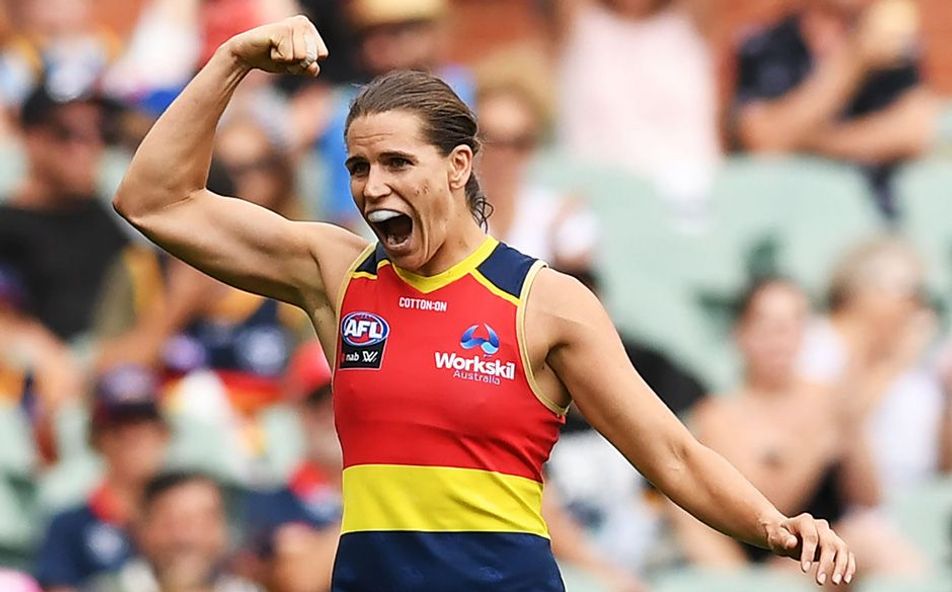 So does the injury to Chelsea Randall change our mind on who's going to stand atop the podium at around 4:00 PM on Saturday? No, absolutely not, we're sticking with our early season prediction. It'll be the Crows by 6 points and our girl Erin Phillips will win her third AFLW GF best on ground medal. Book it.

Where to watch The AFLW Grand Final

Undoubtedly the best place to watch the AFL Women's Grand Final is at the ground. Joining a huge contingent of passionate Crows fans at the Adelaide Oval on a sunny Saturday arvo sounds delightful, but we know not everyone can make the game. Lucky for you we've got a complete list of every venue that is going to be showing the game, including if they're going to have it on the big screen with the sound on. So what's the next best thing to being at the ground? Being surrounded by a bunch of AFLW fans in front of a big screen this Saturday, find your closest venue here.

Have a look at this clip from the last time out and tell me you're not excited. Go on. You can't.