Where are the best pubs to watch cricket you ask? These pubs listed below are a bloody good start. Do not let this one go through to the keeper or be like Steve Smith, he never gets out. Have a look at the pages for these wonderful pubs to find out if they will have the commentary blasting, hot food flying out of the kitchen and if they are open. Always found the latter to be crucial but that’s just us. So pick a pub, call your mates and pitch up for an afternoon of discussion on what reverse swing actually is or who the hell Duckworth Lewis is. There are more pages like this one for other sports as well; go on check out our list of best pubs to watch AFL.

Is there anything better than the sound of the middle stump being smashed into by 150 km/h in-swinging yorker? No. Cricket and pubs go hand in hand. The idea of watching Ashes, Big Bash, World Cup, ODI series without a pint of your favourite ale is an idea not worth contemplating. Much like the idea of England beating us in the Ashes. Cricket is actually the second most-watched sport in the world (after soccer) and could have originated as early as the 1300s. There have even been some suggestions that it was first played in France. The English are having none of that though, claiming it was first played in Surrey, south of London. Cricket has changed over recent times and a real feature of this has been the invention of short-form cricket. Starting with Kerry Packer's One Day cricket phenomenon to the popular Twenty20 format. Some are still adamant that test cricket is the only way to play. For those of you that have adapted to the shorter form here are some pubs that show the local Big Bash league. 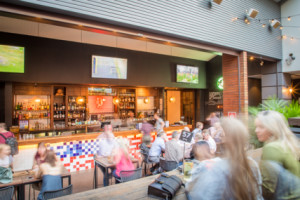 Sure the Buffalo bar is an American themed sports bar but that doesn't stop them showing all the big cricket matches. The beer garden is not to be missed. American menu, cold beer and cricket. Yes, please.
bookable
MORE DETAILS 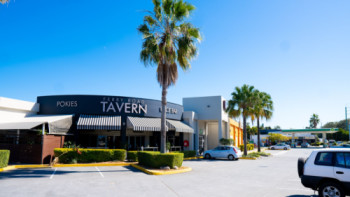 A dream venue for those looking for live sport atmosphere with a side of Gold Coast vibe.
bookable
MORE DETAILS 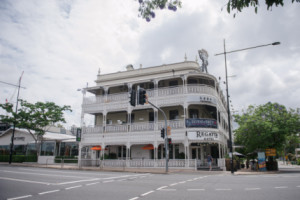 One of the more famous pubs in Brisbane the Regatta has it all. Most importantly to you though, it shows a whole lot of cricket.
bookable
MORE DETAILS

The Piney as it is affectionately known is a cricket fans oasis. A stones throw from the Gabba the Piney has plenty of screens and does cricket about as well as any pub in Australia.
MORE DETAILS 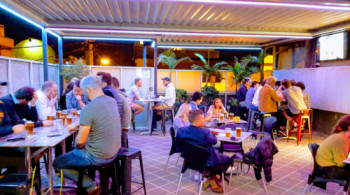 The riser is a proper pub. It has a real local feel and a welcoming atmosphere. Cricket is always on at the riser and they have just done a sweet reno to the upstairs section.
MORE DETAILS